Recently our daughter Katie, has been really quite poorly. She has been in a lot of pain that has made her virtually housebound  She was in hospital for two weeks where they did a number of tests and even removed her appendix which did not solve the problem. They diagnosed several possible causes even though it was clear from her symptoms that this was highly unlikely. 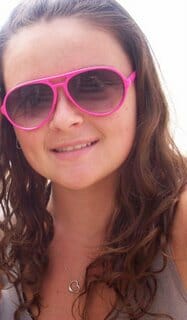 The hospital ruled out several possible causes based on unfounded facts. We were told that it could not be caused by one condition as she is only 14 and too young. It turns out after we did our own research that children as young as 11 can suffer from this particular problem. Unfortunately, this was not the cause of all her pain and so the Doctor was right, albeit more luck than an accurate diagnosis to rule it out.

The first thing that we realised was that they were carrying out tests in a linear fashion rather than in parallel. They would do a blood test and then wait for 2 days the results, then when that showed nothing they tested her urine and when that came back with E-coli they stopped all other tests and exploration while they treated her even though they were all in agreement that it was not and could not be the cause for the type of pain and in the area that it was.

There was no reason why she could not have carried out the scans and other tests during the 5 days she was in hospital being treated for this mild form of e-coli, which by the way had no symptoms or was causing her any problems. Apparently, we all carry the bacteria.

Whilst the surgical team were dealing with her pre and post op, the paediatric doctors did not get involved. Then when she was passed over to them they then repeated tests that they had already done which was another total waste of time.

On our last hospital visit they told us that it could be psychological and that she would just have to learn to live with the pain. As you can imagine we were fairly robust in our response.

I cannot imagine how they would even suggest that just because they had not found anything after numerous blood tests, scans and x-rays that there was nothing wrong and that it was all in her head!

My response was to ask how on earth they could consider stopping now. They had not explored every possible avenue and therefore surmising. Their opinion was ill informed and without the benefit of all the facts.

Katie has been poorly and in pain for around 9 weeks now and living on pain killers which is not good for a young girl.

We no longer put all of our trust in the doctors and consultants at the hospital. Now don’t get me wrong, the National Health in the United Kingdom is a fantastic thing and I am sure most of the staff try to do their best in what is an overcrowded, understaffed hospital which does not allow them to give the time needed to each patient. This leads to an inefficient system, they are fire fighting trying to do as many things as they can in the time they have. I would be very surprised if there were no serious incidents on occasions. We are lucky that although Katie is in a lot of pain sometimes, they are confident it is not serious or life threatening which is of course a blessing.

Obviously, we love and care for our daughter a great deal and after our experience with the medical teams, it is clear to us that there are major procedural problems at the hospital and this has lead to us carrying out as much research as we can on every possible cause based on her actual symptoms and made sure we questioned everything with the doctors in detail.

This has made a big difference and whilst we were told we would have to wait for another 4 or 5 weeks for an MRI scan we managed to get this moved forward and was done in 2 days!

We are now waiting for the results to see what if anything this has found. The next step is a CT scan which they do not like to do, especially on young children as it has high levels of radiation.

So, after this rather long winded post (rather therapeutic though ) It made me realise that if the Doctors, the ones we trust with our lives can be made to rethink with a bit of in depth questioning then surely we really should question everything when it comes to all aspects of your personal and business life too.

When, you read about these latest guru techniques and magic strategies don’t just take their word for it  question their tactics in detail, don’t just blindly follow them.

So many of these courses are rehashed crap that is either flat out dangerous to implement, will never produce the income that justifies the time required to implement or just don’t work period.

If you are interested in a product and have been seduced by the sales letter as I often am ;-(    drop them  an email and ask as many in depth and pertinent questions as you can think of that are not answered in the sales letter.

Check to see if the stats and figures add up.

If they know their onions, it is a great product and they are really interested in helping you succeed then they will have no problems replying with the details that you are looking for.

Good luck and I will try to make the next post shorter, without the whinging and not so self indulgent……    No promises though…

Tsu – A Social Network That Actually PAYS YOU To Be Social?

The 6 Degrees of Separation – My Connection To Royalty

Forget SEO – It Is A Total Waste Of Time
We use cookies for various purposes, including analytics. By continuing to use the service, you agree to our use of cookies.