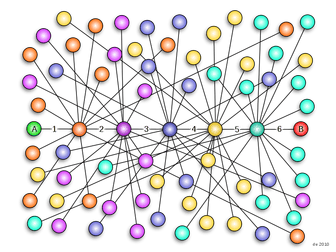 Putting Your Self Out There In Your Niche

It is said that everyone is only six steps or fewer away from anybody else on this planet!

It is known as the “Six Degrees Of Separation” and is a theory that was developed in 1929.

It is hypothesised that by way of introduction that any two people can be connected by a chain “a friend of a friend” statements in a maximum of 6 steps. Meaning we are never more than 6 steps away from anyone else.

The more famous the person is then the more likely it is that it will be significantly less than 6.

This a mind boggling concept when you think of it, but what use or interest is that to me and how are you connected to Roylaty?

I am glad you asked.. Let me explain.

The World is a Smaller Place

Whilst in modern days the World has billions of people in it, this theory is now more likely to be true due to the way we can now travel and communicate. Shrinking our world and making it even easier to make that connection.

If you were to compartmentalise people into groups or niches, then this number becomes even less.

Bearing that in mind, it should be relatively easy for you to become known in your particular niche, in a very short space of time. Weeks, day or even hours is possible.

This is especially true if you can stand out from the crowd and get yourself noticed.

Why is That Good For You?

If you want to make money online then you have to get known in your market place. You need to be the go to ‘Guy, ‘Gal’ or Company that people think of when they want buy your product or service.

Whilst it takes some planning, thought and effort, there has never been a better or easier time to get yourself known in a specific niche than right now!

If you are seen to be knowledgeable on your topic, over delivering content and providing huge value, going above and beyond. You don’t have to spend hours writing content, it is just as valuable to post a link to a youtube video showing someone how to setup hosting or register a domain, which takes a few minutes, as it is to spend hours helping someone change their name servers or adding WordPress theme and plugins for them.

Having a great sense of humour and making us laugh or even being controversial, saying things that people think but don’t often say or that stir up emotion one way or another.

Adding a valuable comment, critique or your two pennies worth to a blog post (rather than great post) will also get noticed and, if it is interesting and informative, you may well also get a click to your own websites or blog.

Note: Playing the controversial card can backfire and have a negative affect. There is a difference between being controversial and being insulting or rude, which might get you known, but it won’t help you in your business.

A lot of profitable niches may have a huge number of people interested or participating in these arenas but there will only be a relatively small number of very well known people in that niche.

The reason is that most people who join these clubs, groups, forums, blogs and other medium do so to learn, acquire news or information or to participate or follow in conversations and viewpoints.

I recently joined a closed Facebook group called the Quick Start Challenge 3.0. There are more than 1,700 people registered on the group but, there are only a handful of people making a regular contribution, by way of posting updates, commenting on other peoples blogs, helping others who are stuck with tutorials and motivating those that are struggling, and they stand out.

They recently asked us for the names of the people whose email list we were on. I was surprised that I knew about 80% of the names mentioned.

If you are serious about making money online and grow your business then getting yourself known is key.

Whilst it can be hard to start off with, with a little perseverance and some effort, once you start to get noticed, it can explode.

By networking with people in your niche and contributing rather than observing, your peers will soon sit up and take notice and you will see a dramatic rise in your following and your business.

Ah, I nearly forgot, my connection to Royalty. 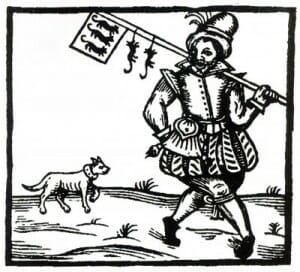 Well, it turns out that my great, great, great Grandfather worked at Buckingham Palace for many years.

He was the Chief Royal Rat Catcher.

Unfortunately, he is dead so I cannot claim  that I am only one step away from Royalty today.

However, it is good to know I am connected to Angelina Jolie somewhere down the line.

So, if you want to make it online and get yourself out there, what are you waiting for, why not make a comment below and let people know that you are here and that you mean business?

Tsu – A Social Network That Actually PAYS YOU To Be Social?

Forget SEO – It Is A Total Waste Of Time

Finishing What You Start – The New Look Design For My Blog
We use cookies for various purposes, including analytics. By continuing to use the service, you agree to our use of cookies.